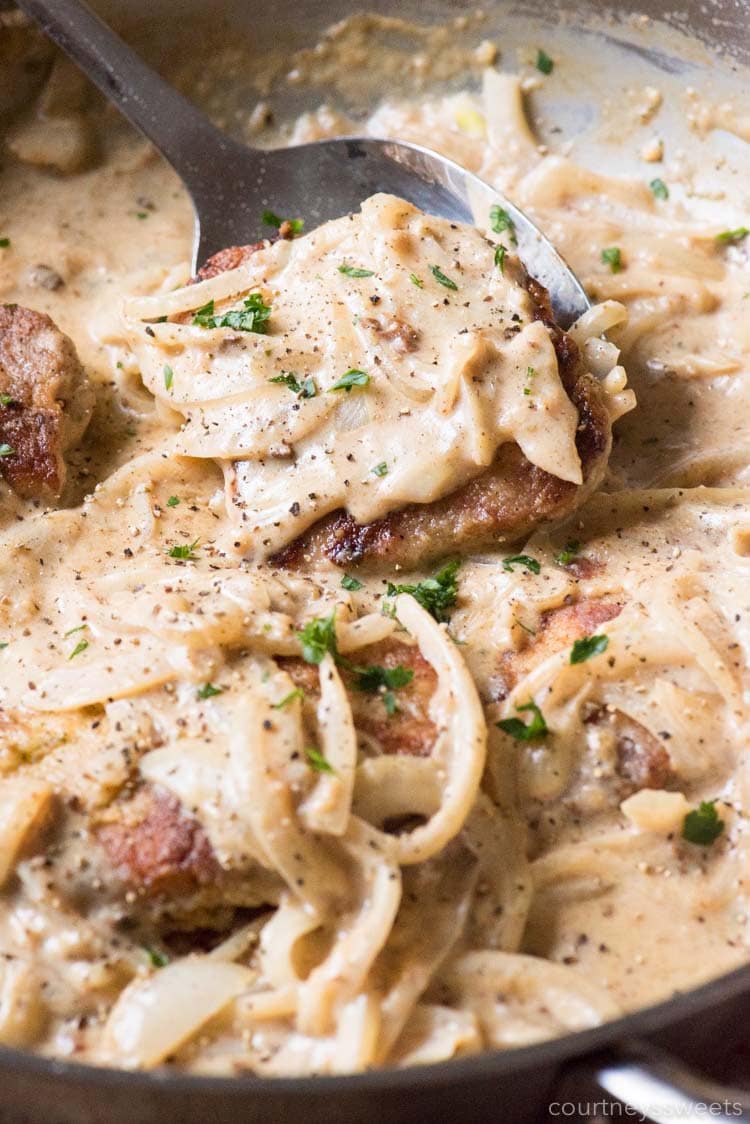 I grew up eating pork chops all the time, but they were the same way every single time. My mom wasn’t a fan of being in the kitchen, she could cook, but didn’t want to cook, ha! Pork chops were either broiled or grilled, always the same seasoned pork chops. I never made or heard of a smothered pork chops recipe, our pork chops were always pretty dry, ha! 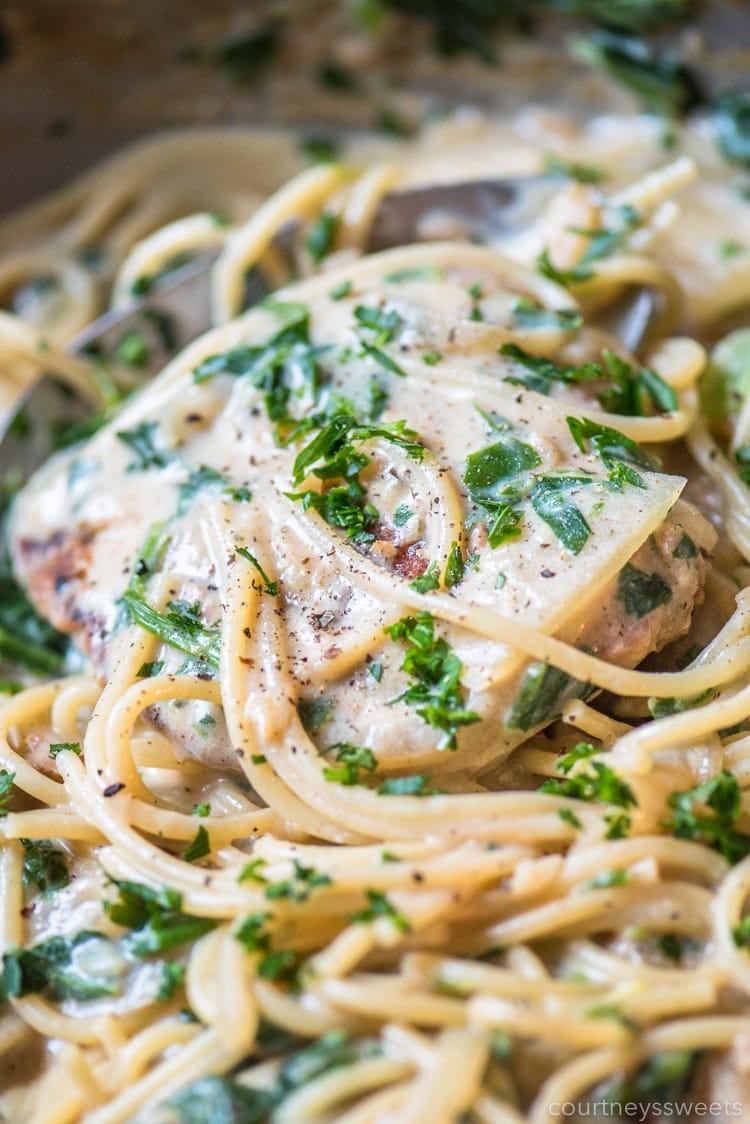 She would use seasoned salt and garlic salt, it was delicious and sometimes I do make it, but there are so many more ways to enjoy pork chops, I love all sorts of pork chop recipes and we’re excited to share our easy smothered pork chops recipe! 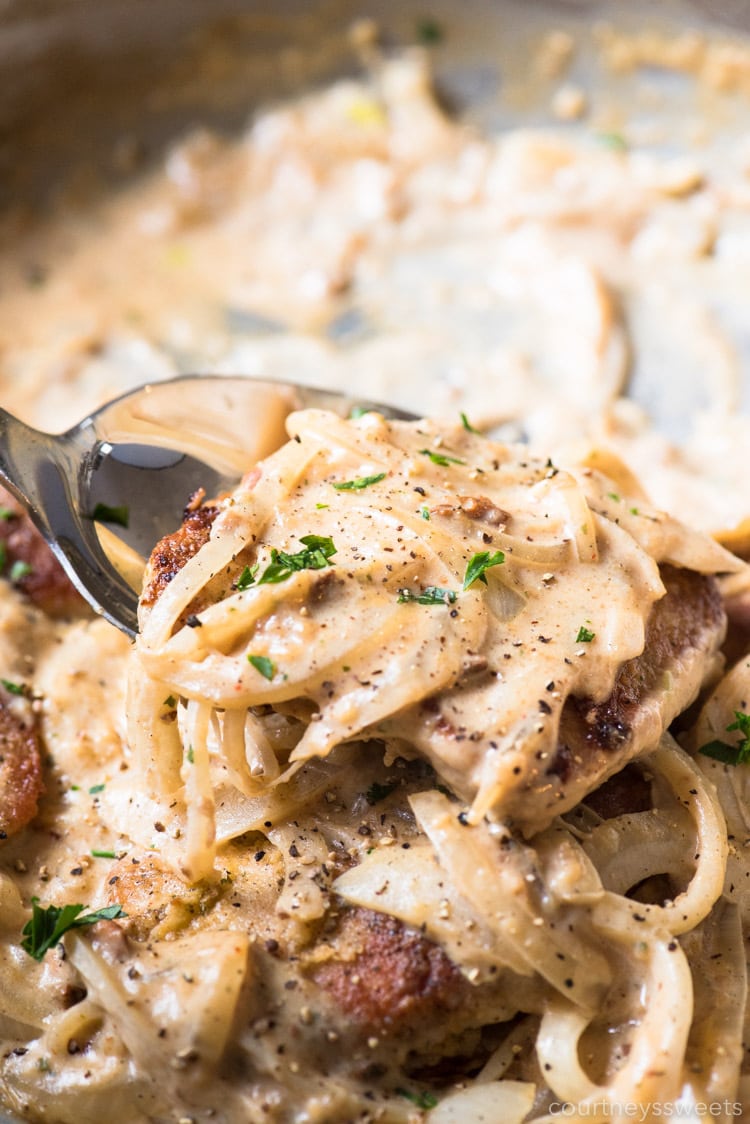 How to make smothered pork chops

I start off by fileting the pork chops so that a thick pork chop is now 2 thin pork chops. I go for boneless pork chops since it’s easier for everyone to just slice or bite right into. You can purchase them already thinly sliced as well. I like to smother ours with a creamy sauce with onions and spinach, you can also add in some spaghetti!

How to cook thin boneless pork chops on the stove

I coat them in a seasoned flour mixture and then pan fry them on both sides until both golden brown, crispy, and of course, fully cooked. The pork chop internal temperature should be at least 145 degrees Fahrenheit when fully cooked. 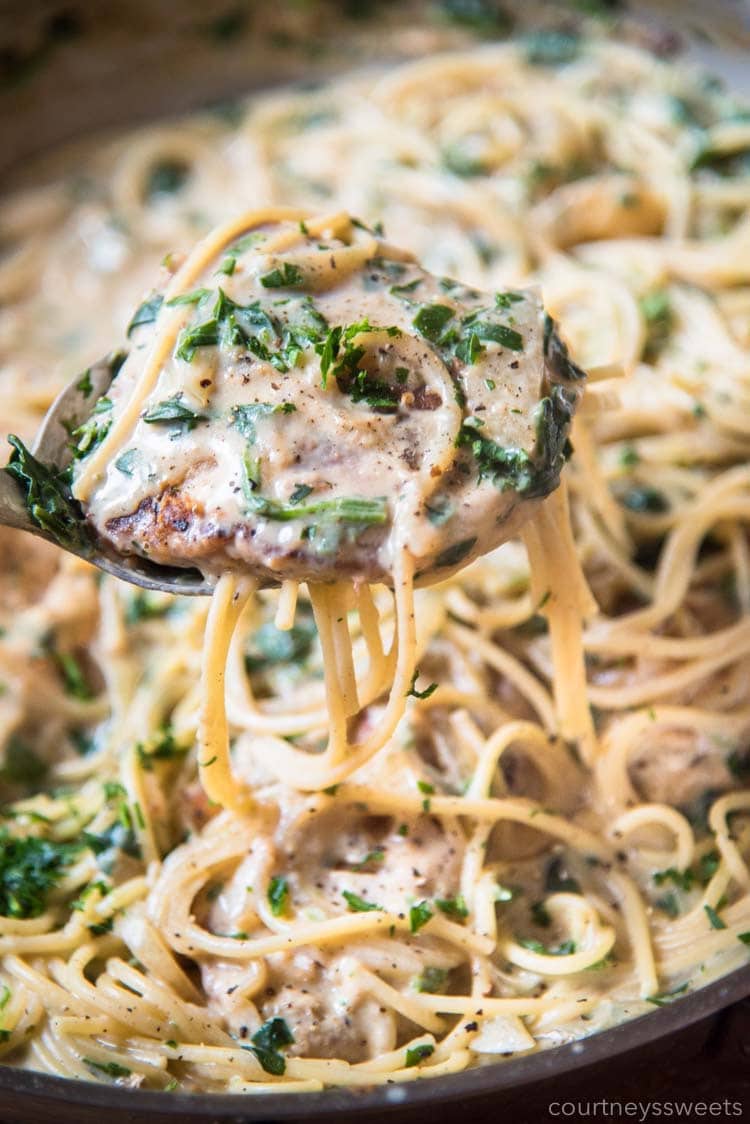 My husband is picky about mushrooms, but mushrooms would be phenomenal in this recipe, it would add more texture and a delicious mushroom flavor! Add in broccoli, peas, artichokes, whatever you’d like, there’s no wrong way to enjoy smothered pork chops, smother ’em!

You can also make this smothered pork chop dish without the pasta or even just make the spinach spaghetti on its own. Sometimes I’ll keep them both separate, they are equally delicious on their own or together. 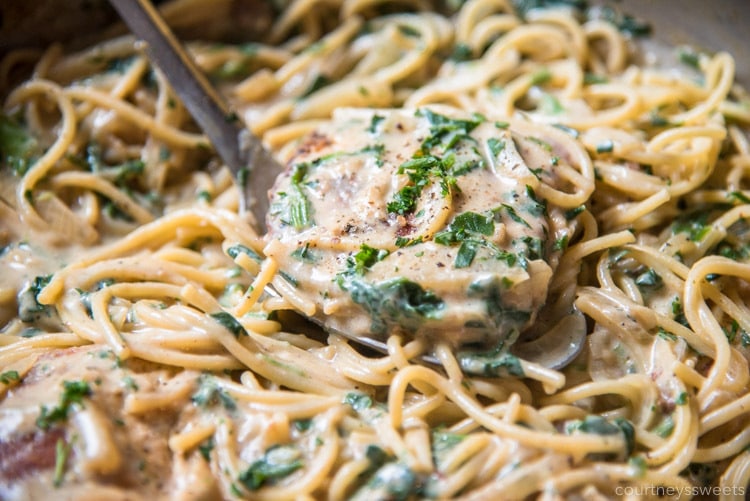 pin our Smothered Pork Chops Recipe to save for later 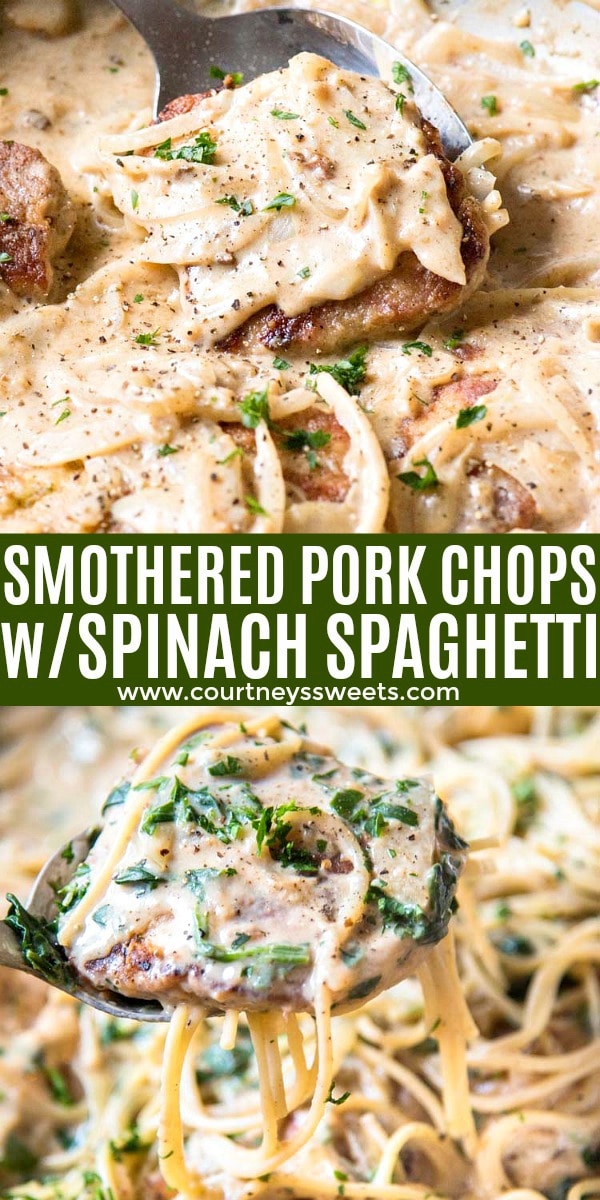