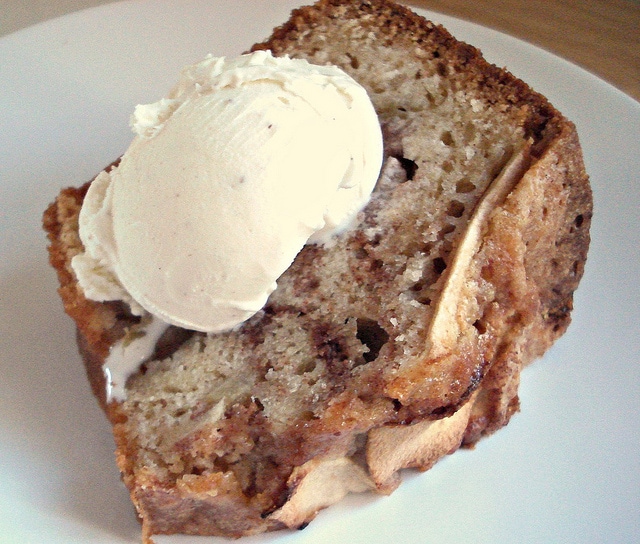 You’d think that with me being pregnant I’d be craving cake and lots of it.  Well, it’s the total opposite!  I’m craving salty, sour, and spicy.  I can’t get enough of grapefruit lately.  I have been on a sour kick this week so I have a bunch of granny smith apples.  I was finally craving something a little sweet, so a cake that I used to have from a supermarket came to mind.  It was called Jewish Apple Cake, then they started calling it Grandma’s Apple Cake.  Either way, I absolutely love it!

I found a recipe online and thankfully it was pretty close to what I remembered!  I added more apples and somehow added way too much OJ so I added a little flour to balance, and it turned out fine!  Phew!
Have you ever tried this type of cake?  If you like apple pie this is basically it in a cake form.  Mmm throw a little ice cream on top and you’re set!

So let’s get to the recipe.  Obviously like I stated I added a little more of things so this is slightly adapted.

Preheat oven to 350 degrees.
Grease and flour a 10in tube pan. 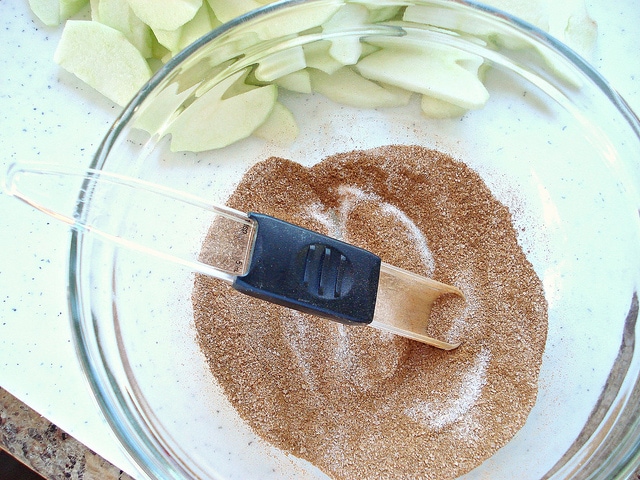 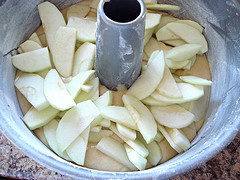 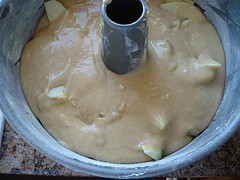 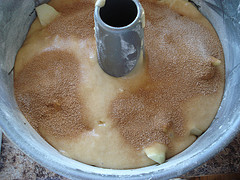 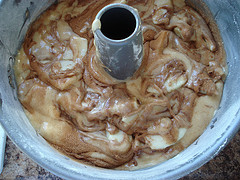 Pour half of the batter into the tube pan, and then half of the apples and some of the cinnamon mixture.  Repeat with the batter, apples, and cinnamon.  I swirled them around to distribute the apples more. 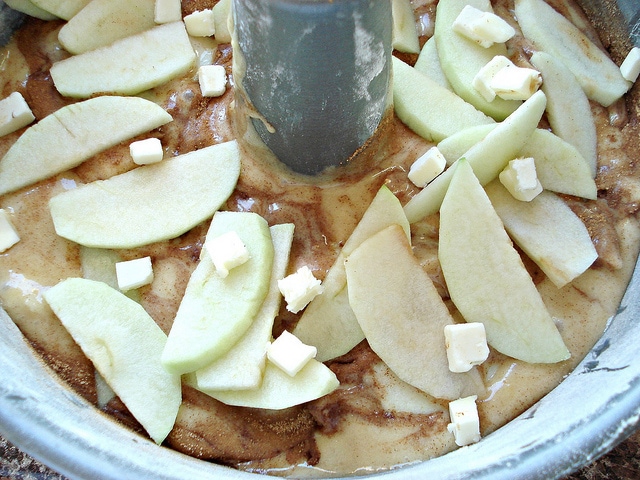 Top with the chopped butter.
Place into the oven for 70-90 minutes or until a toothpick comes out with minimal crumbs. 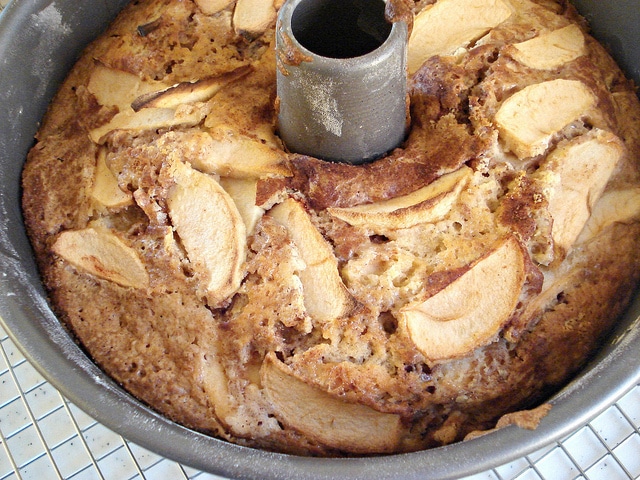