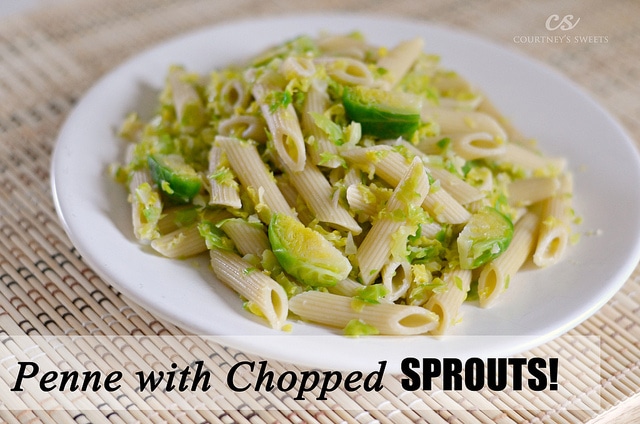 Was there anything you didn’t like as a child?  Or something that you loved that other kids didn’t?  I can honestly say that the only thing I didn’t like growing up was beans from a can or anything from a can for that matter – in this case I would say I was a smart kid and still refuse anything in a can aside from tuna that is.

So whenever I heard brussels sprouts everyone would “GASP!” and when they heard that I liked them..”EWWW how could you eat them?! They’re GROSS”.  I chew them and then send them to my belly is what I said.. I am head over heals for vegetables and don’t discriminate my friendly baby cabbages.  My husband refuses to think that they’re delicious.. Well that was until I made some penne pasta with garlic and chopped veggies……………….. sorry honey, those were SPROUTS!

I really hope my daughter also has a love for vegetables just like her mama!  If not, I can get crafty in the kitchen, sweet baby!  In fact when I was a nanny I made that little bundle of joy peanut butter, jelly, and SPINACH sandwiches.. True story.  That cutie pie had a thing for peanut butter, and the added greenery didn’t scare her a bit.  So go ahead, get those creative juices going..  How do you get your children and family to eat their vegetables? 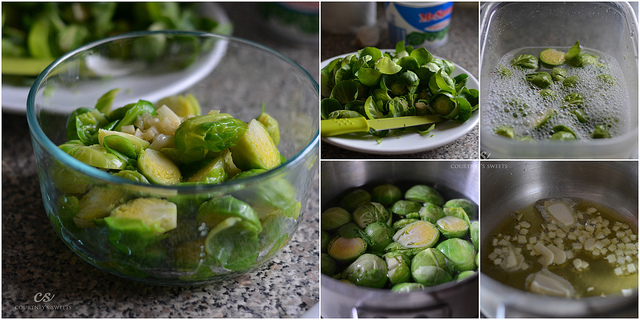 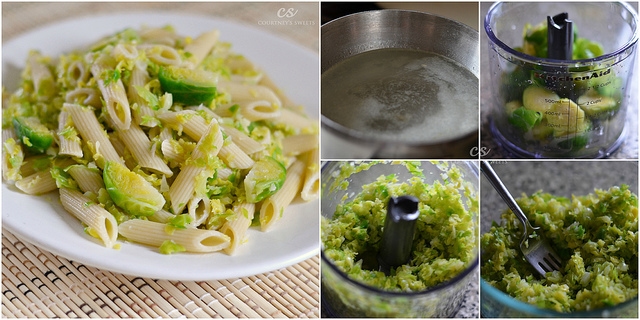 Directions:
In a sauce pan boil water.
Cut ends off of the brussels sprouts and slice in halves, removed outer leaves, and then place into a water bath with veggie wash or just plain water to clean.  Place into saucepan no longer than 2-3 minutes.  Take out brussels sprouts and set aside.  In same sauce pan heat oil, butter, garlic, and cook until tender.  Pour garlic mixture over sprouts.   Add water to the same sauce pan or larger and boil to cook pasta – (I like to use the same pan as it has the garlic flavor)  While pasta is cooking, chop up the sprouts in a blender, processor, or whatever you may have to chop!  Mix chopped sprouts and penne together and salt to taste – enjoy!