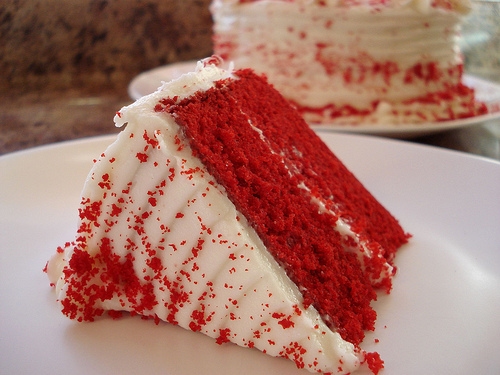 It was about 2 years ago on my birthday, Chris and I spent the whole day in Hoboken.
We went to various bakeries spending ridiculous money on cupcakes, and loving every minute.
Out of about 2 dozen cupcakes, my FAVORITE was a Red Velvet cupcake from Carlos Bake Shop.
It was amazingly moist and decadent.
I was beyond excited for Buddy’s book to release after hearing that their red velvet recipe would be inside.
I’m not usually a red velvet fan, but this red velvet is my favorite right after chocolate cake. 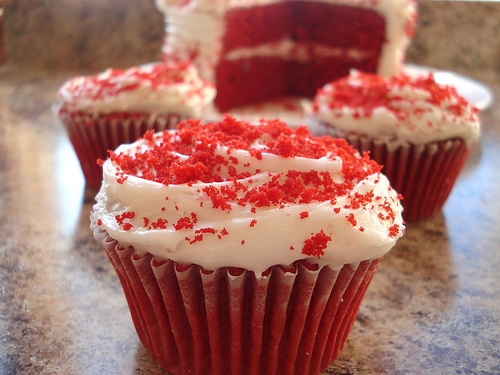 So of course as soon as I had the chance I made the recipe in the book,
but it doesn’t taste, look, smell, or feel anything like theirs.
The crumb was dry, and a little grainy.
Which I was shocked because it had shortening..
I don’t like to use shortening in my cakes, but figured this cake was worth it.
Now I understand they aren’t going to give out their recipe – fair enough, but if it kills me I’m going to find a recipe like his.. because that cake is amazing.
The next time I make a red velvet I won’t be using red food coloring, instead I plan on attempting to achieve the color with beetroot.
This cake took more food coloring than I’ve used in about 2 years.
Do you have a tried and true red velvet recipe that you love?
If so please share!!